DWP shocker as an assessor finds a 6-stone seriously ill man fit for work in Liverpool. 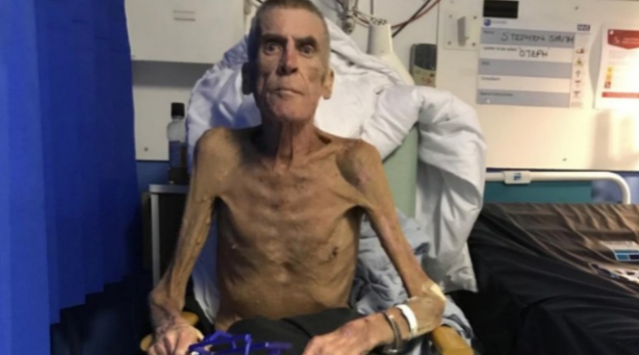 Stephen Smith aged 64 from Liverpool died on Monday due to his bad health.

He was fighting to get his ESA (Employment Support Allowance) restored and even had to leave hospital to fight the decision at a tribunal.

The decision went in Stephens favour but was too late and the man died.

We are aware about the amount of seriously ill people being refused benefits, people who have had heart attacks and doctors telling them not to work, people with severe illnesses being told to go back to work.

It is a complete disgrace and the government must look at these assessments with immediate effect so that the people who really need the benefits be it ESA or PIP get it.

We are telling people to always go with someone if you have a DWP interview, and someone we mean a doctor, an advocate, a support worker, if you go on your own to an assessment the chances are you could fail it.

Bringing someone with you also will keep you calm, and often they will remind you of some things that need to be said, having an assessment can be incredibly stressful.

DWP have said that Stephen was supported whilst his appeal was going through and has since been given back his ESA and a back payment, this money will go towards his funeral which we believe will be on May 3rd.

As we speak thousands of other seriously ill people are being kicked of the benefit they were rightly on and are now going through the same process as Stephen, the best hope we can give to them is many decisions are over turned so we can say do not worry too much.

DWP assessors ATOS are professional people, they get many decisions right and many wrong, we cannot ever understand though how they could find anyone like Stephen fit for work when he could hardly walk, his weight had reduced to almost nothing and had other serious illnesses.

We call for the original assessor who found him fit for work to be replaced.