Did you witness an elderly man being robbed in Chinatown? 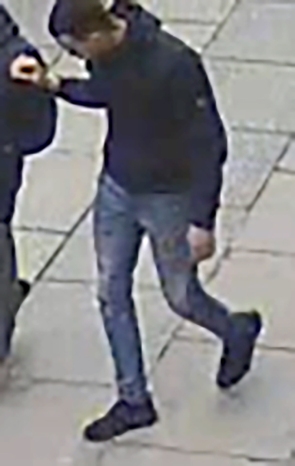 Officers are appealing for information after an elderly man was robbed on Wednesday 6 February 2019 and have released an image of a man they want to speak to.

At around 1.20pm, a man took hold of the victim and removed his wallet and cash.

The offender fled on foot with small amount of cash.

Anyone who recognises the man in the image should contact police.

Police Constable Stuart Hammersley of GMP’s City of Manchester Division, said: “This is a particularly cowardly incident where a vulnerable member of our community was targeted on a city centre street in broad daylight.

“I would encourage anyone who recognises the person pictured, or thinks they can assist with our enquiries, to please get in touch.”

Details can also be passed on anonymously to the independent charity Crimestoppers on 0800 555 111.