With the 6 Nations finale firmly behind us and England having been crowned champions it is time for local rugby clubs to get back onto the pitch and knuckle down for the last few games of the season. 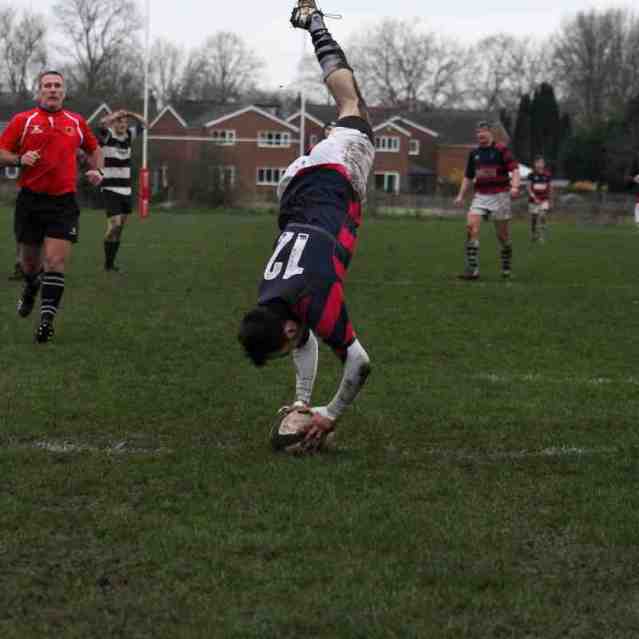 With only 4 games left to play, only one of which is at home, Trafford MV are hoping they have done enough already to safeguard their place in the Lancs/Cumbria League following their last game, a 47-12 win over Upper Eden.

However to be sure of safety MV still have to maintain their competitive edge and collect points where ever they can – having collected a good number of losing bonus points this season after grafting out close defeats on a number of occasions.

MV take to the road this weekend with a long coach trip to northern Cumbria side Wigton who have been having a good season and are sitting in 4th position just outside of play off contention.

MV will be taking a strong team with Danny Burke back to full fitness and skipper Andy Quigley maintaining his good form. The team has been bolstered this season by the coming of age of several of the Senior Colts XV who have contributed greatly to the campaign and it will be seen which of these will feature in this weekends game as the team gets announced on Thursday.

There is a slight change in emphasis at Trafford MV currently as the light nights bring a hint of Summer sun.

The Cricket side of the Club have been holding Senior and Junior indoor nets in preparation for the season and the Club will shortly be announcing their new Cricket Sponsor for the 2017 season.

New weather covers for the wickets have arrived and the grounds man in busy with his early season wicket preparation. Recruitment is well under way for both senior and junior sides and a new cricket development programme for 5-8 year olds will be announced shortly.

Trafford MV’s Rugby season will be rounded off with a Beer Festival and Charity Fun Day on Saturday May 20th – keep your eyes open for further news in the coming weeks.