The Love Old Trafford Group who was set up to tackle the issues facing Old Trafford residents published pictures from its Twitter account that were truly disgusting, bins in Seymour Park and Hullard Park having not been cleaned, this comes to no surprise to us since we have been told what the issues are, and it seems these issues will continue into the new year and beyond.

A One Trafford worker told us about his shift pattern, he claims that he does four days on and four days off, so he would do a part of Sale for them days and the next four days would be somewhere else, the issue is when he has finished his four days, the guy who takes over may or may not know the area, or is an agency worker. 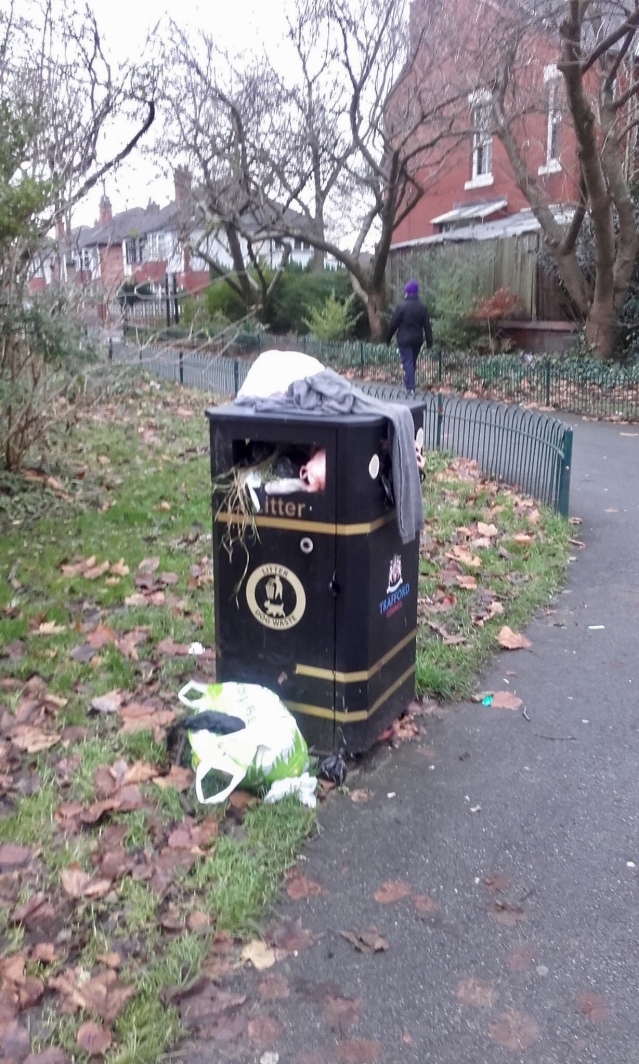 The worker who does not wished to be named even said “I have known workers that do not know the area to turn back, so the rubbish is left for all them days until it is time someone like me who knows the area and fully trained to do the job”

We have seen the Love Old Trafford group outside Trafford town hall  this year with bins in what was a very successful rat protest, which served a warning to the council that they must not forget Old Trafford. 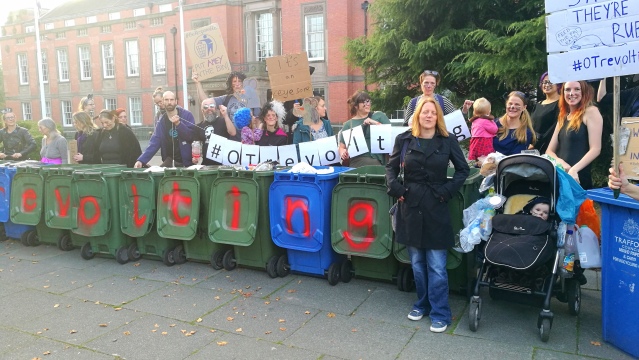 Old Trafford is a vibrant community, and all willing to fight their corner, with One Trafford though, it seems everyone is fighting it, and as time elapses will Amey decide that they really are out of their depth, giving the council the best option and that is to end the contract and bring in services like Merseyside did.

People power has an effect though on this company, this year in Walton Park in Sale, residents had to fight to get the bins cleaned, and grass cut, we saw staff at a local football team eve cutting the grass on the football pitch, people all through the summer were complaining about the grass length.

After we and other media got involved, with residents we all formed as one and got the best results possible, the grass is always cut, bins 99% of the time are emptied, although plantation is still an issue, I think many people will be happy, this should motivate others including Love One Trafford to ramp up the protests and get everyone involved and complain to your councillors, make sure they are working for you.

We have reported the bins in Old Trafford and expect One Trafford will now look after both parks much better in the weeks and months ahead.