Around 2,5000 Thomas Cook jobs could be saved after a rival bought all its shops. 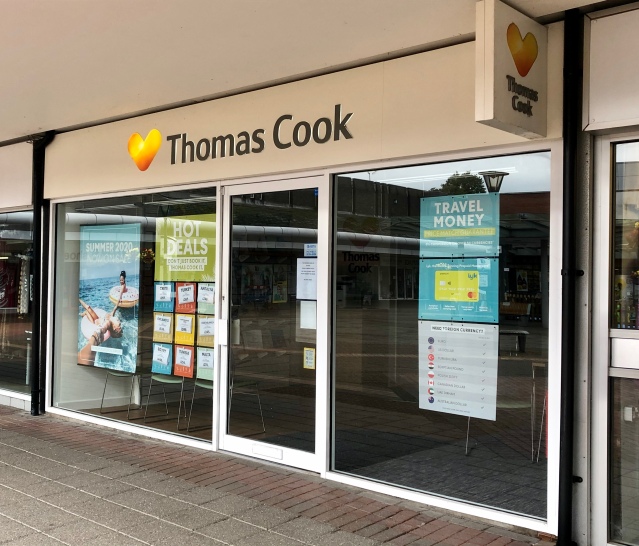 Hays Travel will acquire all of the shops left vacant after signing a deal with the official receiver and special managers from KPMG.

Hays Travel has already employed more than 25% of the former Thomas Cook retail employees and is proposing to re-open the stores with immediate effect where possible and to take on up to 2,500 people.

Over 100 new jobs will be based at the company’s Sunderland headquarters with the rest in shops across the UK.

Thomas Cook was placed in compulsory liquidation on September 23rd, upon which the Official Receiver was appointed by the court as liquidator.

John Hays said: “Our staff were devastated to hear about Thomas Cook and we all immediately felt we wanted to help.

“In the last two weeks we have already employed or offered jobs to around 600 former Thomas Cook colleagues, and it has been a very emotional experience for them.  Now that we are able to re-open the shops, we are looking forward to welcoming many more people who share our passion for the travel industry, into our family business.

“I’m very proud of the fantastic team who have helped me build Hays Travel over almost 40 years and they have worked tirelessly over the last couple of weeks to bring this about.  It is a game-changer for us, almost trebling the number of shops we have and doubling our workforce – and for the industry, which will get to keep some of its most talented people.”

The company has been going strong for the past 40 years and have reached sales of more than a quoted £1bn last year, in celebration of that all employees are thought to have got £100 for every year they had worked for the company.