Man jailed following a serious collision in the City Centre

A man has been jailed and banned from driving following a serious collision in Manchester City Centre. 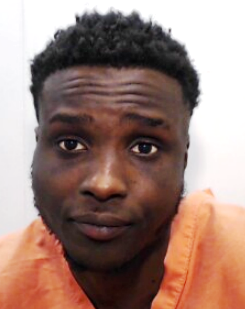 John Ramos (02/09/96) of Netherton Road, Manchester, has today (Friday 20 December 2019) been sentenced at Manchester Crown Square Court to five years in prison and an eight year and six month driving ban after pleading guilty to causing serious injury by dangerous driving, driving whilst disqualified and driving whilst uninsured.

At around 9.55pm on Wednesday 23 October 2019, officers stopped a Volkswagen Golf –which was being driven by Ramos – on Tarporley Avenue.

As officers approached the car to speak to Ramos, he drove off towards Wilbraham Road which resulted in a police pursuit. After failing to stop at a red light on the junction of Wilbraham Road and Withington Road, Ramos was involved in a collision with a Ford C Max, pushing the Ford into the path of a single decker bus.

Ramos was later found to be under the influence of cannabis at the time of the collision.

Police Constable Suzanne Keenan, of GMP’s Serious Collision Investigation Unit, said: “As a disqualified driver, Ramos should never have been on the roads. His blatant disregard for the law has resulted in a member of the public being seriously injured.

“I can only hope that this result provides justice for the victim who suffered as a result of Ramos’ irresponsible behaviour and sends a clear message to others thinking about acting so recklessly – your behaviour absolutely will not be tolerated and could result in you facing time behind bars.”