A revised application has been submitted to Trafford Council by HIMOR who are building a huge new village for Carrington. 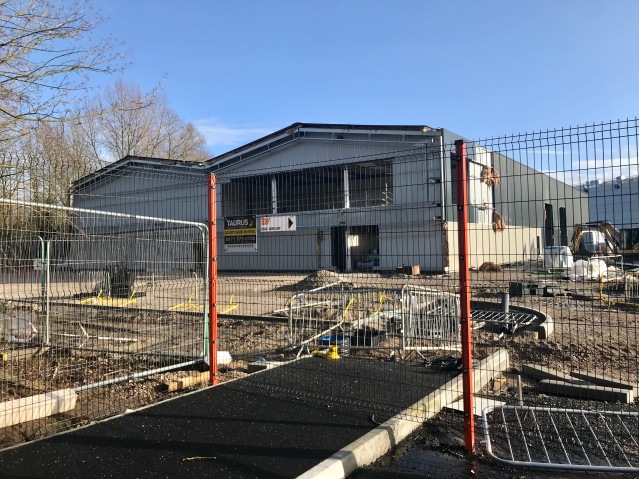 Councillors at Trafford planning  approved the new plans despite hearing from residents in Carrington and the concerns they have, it is completely meaningless for anyone from the public opposing something as although it is listened to it never makes any difference.

With the new warehouses now 67% let and they are not even finished yet! it is right that many HGV’s and vans will be coming and going on the same road as what residents are using now.

Public transport was talked about,  with only a few buses this needs to be sorted out and Mike Cordingley saying that HIMOR’s plans to bring in buses so they do not cause congestion on Manchester Road whilst they drop off and pick up passengers is giving cars the right of way when it should be buses that must get the right of way was completely correct, then we thought! what buses!

So what does this mean for Partington? even more cars on the road, more pollution, huge delays with parcels, food deliveries, everything will be affected in the coming years, house builders do not ever think about what other housing developments are being built, of course they don’t care so long as they get the approval to build and get the profits, they don’t care about what it means to existing and new residents.

Similarly they do not care really about wildlife and all the trees they are knocking down, check Heath Farm Lane for proof, we have never seen so many trees knocked down, we can say this one for sure is not for 5G!

One of the points made tonight  was if councillors rejected this new application then HIMOR would just go back to what they originally set out to do which was the worse of the two, this new revised plan was much better and offered 10% affordable housing, thousands of pounds for a school, the building of shops and medical facilities although this would not help Partington.

The new road that goes through the heart of the new Carrington site will be used and possibly extended out towards the A56 sometime in the future, a small lane is to be created which means it will run right through Carrington Moss, the lane will do little to help congestion.

HIMOR though have the backing of Hughways England and TFGM, so the fight and all the good arguments about transport infrastructure will fall on deaf ears.

It is now too late to do anything about HIMOR, it is way too late to stop work at Heath Farm Lane and work is already going on at the back of Lock Lane, work may start soon at Warburton Lane and then you have Your Housing Group’s 86 new homes from where the Redbrook Pub used to stand out towards Warburton Lane….wait we have not finished yet! a bit of housing could be built on land where Partington Social Club stands..land opposite Cross Lane Park will be bought at some point this year and expect even more housed to be built, Peel will also start building 14 new homes opposite the shopping centre.

Do councillors who read this understand what all this really means? with Partington having next to nothing, Partington Shopping Centre is just about coping with demand, the Tesco store is clearly not suitable and looks dark and cheap, Heron is much bigger and will cope better, the takeaways will be the most to benefit from an extra estimated 4000 people!

All the talk means nothing now, action cannot solve this crisis facing Partington residents, we tried hard very hard to get your elected representatives to listen and they done nothing! even the Parish Council is covering itself up in high meshing!

The one thing residents can do is object with feet, a legal and daily protest outside Heath Farm Lane is a good way to show the house builder in the end though it will only delay the inevitable.

HS2 will now be built which just adds to the problem although gladly we managed to get this further south from Oak Road, the effects will still be felt.