Police have arrested a boy in Sale town centre this morning March 31 after finding a 10″ kitchen knife. 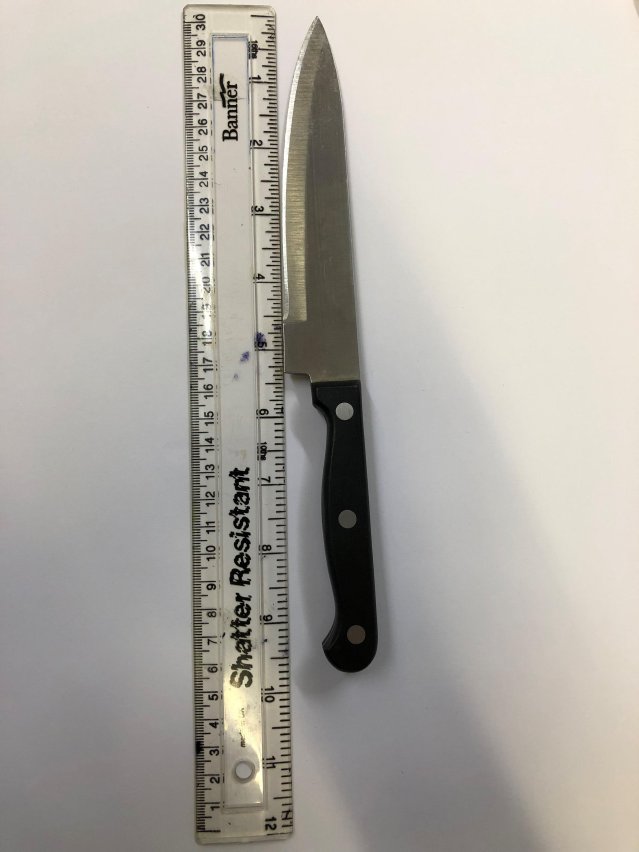 CCTV captured the boy who then called police, he was detained after a taser had been drawn but we are unsure if it was fired at this time, he was then arrested.

He cannot be named due to his age.

Although it seems no one has been hurt in this incident we are seeing more and more kids hanging around with knives, it seems whatever London does we have to follow.

We say to young people who if you want to protect yourself proper for whatever reason you have, get yourself down to a martial arts club, not only will you be able to defend yourself proper, increase your awareness, gain new friends, get fitter.

Knives are not the answer to people’s problems, it only takes one lunge, anything could happen, it would be in the hands of fate as to what you will have to live with for the rest of your life, either way you will end up locked up and that is the worst punishment you will find.

Some people go around boasting this and that, you know! I am a hard man because I am going to jail, that I have a crime record as long as Charles Manson, thing is when you do get locked up, you are no longer with your mates, you are on your own, and when the doors shut to your holding cell and depending on your crime, it will hit you hard that all your life is in the hands of the law, no longer have you got any rights, and you will also have to understand that if you are sent to jail you will be with some of the worst people in society, rapists, child sex offenders, you name it! and in jail it is not a fairy tale world your mates keep talking about, now you have a new fight on your hands, one would be your life.

Throw away your knife, do not carry them, and be smarter.