Turkish Grill on Park Road in Timperley has shut its doors for the last time and has now changed hands to Sorento Pizza. 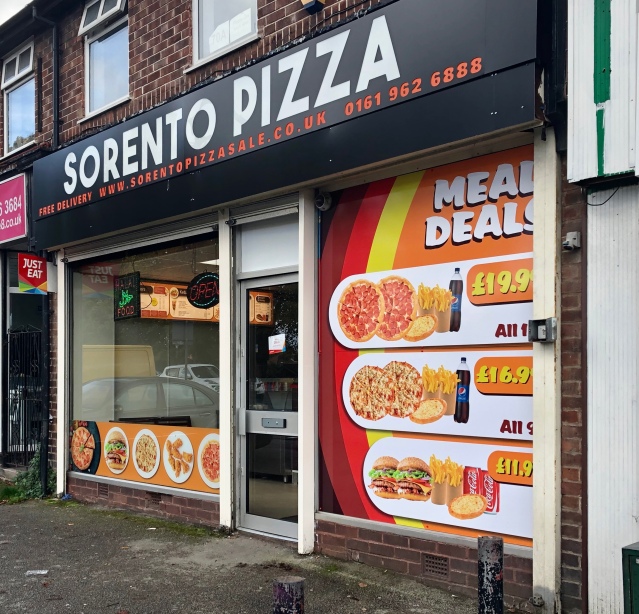 The new pizza shop is called Sorento Pizza and offers some great deals.

As for Turkish Grill, it was a successful business at one time, offering tasty food and some great deals that could not be found anywhere, it once had a 5-star rating from Trafford inspectors.

Food hygiene though became poor, we asked through a freedom of information request to see the inspectors reports why the shop who had a 5-star rating now only had a 1-star rating and it was clear hygiene was not of any importance.

Complaints came in on Just Eat, even we found a chicken kebab pink inside! lots of complaints about food not being cooked properly, or overcooked came in, mostly the complaints were about a delivery, although we were concerned when one individual claimed his donner kebab meat was a funny colour.