St Anthon’s Catholic College have raised the alarm after a school girl was followed by a man in Trafford. 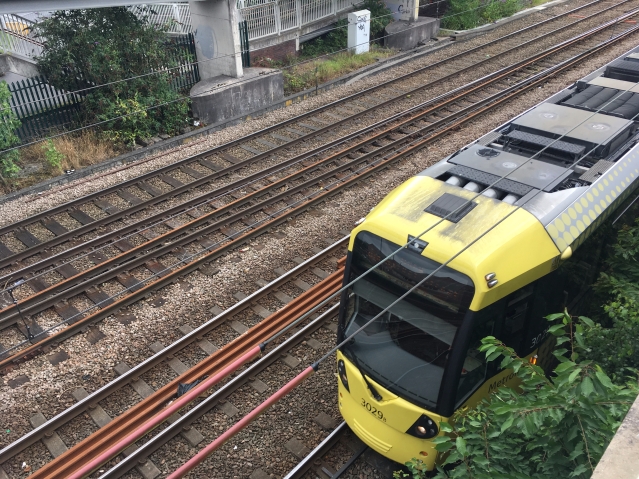 The incident happened on board a tram from Old Trafford to Brooklands where the man is claimed to have been staring at the young girl and kept trying to get closer to her, as the child was wary of what was going on stood to exit the tram a number of times and each time the man followed her.

The girl got off at Brooklands station in Sale and even then the male followed her, she called her mum and then went into a nearby cafe to raise the alarm, the man was seen hanging around.

We are glad to say that the family of the girl picked her up and she is now safe.

The description of the male was said to be Asian and in his 40’s around 5ft 7ins, slightly going bald and wearing dark clothes

A spokesperson for the college went on to say:

“I want to raise this with you all, not to scare you, but to make you aware of the importance of being aware of your environment. The female in question was incredibly astute to pick up on this threat; she only exited the tram at a safe place, got herself to another place of safety and notified the police. This is a perfect example of what you should do should you ever find yourself in a similar situation.

“Remember – the world is mostly full of good people who are willing to help. We can help ourselves too by being aware of our environment, the people in them and by trusting your instincts.”

We are waiting for more information from police and will update this article when more is known.

We cover not only Trafford but a wider area of Manchester, often you will see some national news and even world news, we will try different things to keep you informed. View all posts by News4uTrafford