Image released of a man who police need to talk to after a football shirt was stolen at the National Football Museum in Manchester. 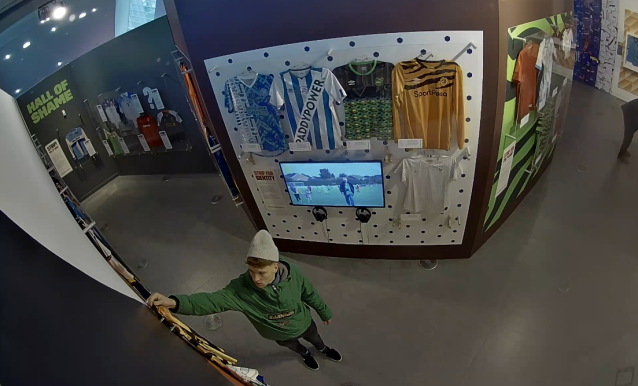 The theft occurred at around 2.30pm on Saturday 1 February 2020 when a man entered the museum without paying and stole a football shirt from a gallery on the third floor of the building.

No arrests have been made and enquiries are ongoing.

“The Celtic football shirt that was brazenly taken by a member of the public was a rare and unique item and officers are doing all they can to find whoever is responsible for this theft.

“As a result of our strenuous enquiries and work with the National Football Museum we have now been able to release this image in the hope of talking to the man in this photograph.

“I understand that the incident happened at a very busy part of the day in a central part of the city centre therefore if you recognise this man or were in the football museum at the time of the incident and saw anything unusual or suspicious that that could help with our investigations please contact police.”

Information can be passed on anonymously by calling the independent charity Crimestoppers on 0800 555 111.