A man from Wigan Greater Manchester has been jailed for the manslaughter of his one-year-old daughter. 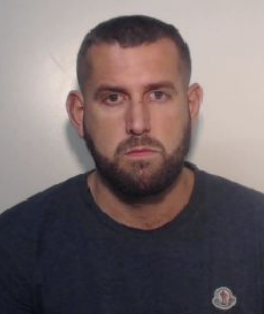 At around 2pm on Thursday 28 February 2019, police were called by medical professionals after Daniel Ashurst (12/12/86) of Fleming Court, Shevington entered a GP surgery in the Standish area holding 14-month-old Hollie Ashurst who was unresponsive and did not appear conscious.

Ashurst initially claimed that Hollie had fallen down a couple of stairs and started crying. He said he put her in the car to go to hospital but she had stopped breathing on the way so instead went to the surgery.

Paramedics attended the surgery and Hollie was taken to hospital where she was assessed and found to have serious injuries and be in a life-threatening condition.

At hospital, Ashurst made a number of different claims about what had happened to Hollie. He was arrested on suspicion of section 18 wounding and was taken into police custody for questioning.

The following day, Hollie sadly died as a result of her injuries – despite the best efforts of specialist medical professionals.

Ashurst was subsequently further arrested on suspicion of murder and during questioning he answered ‘no comment’ to everything asked of him.

Ashurst was later charged with murder and pleaded not guilty.  Following a three week trial, a jury found him not guilty of murder but convicted him of manslaughter.

Today (Wednesday 26 February 2020), he was sentenced at Manchester Crown Court to 12 years imprisonment.

“The death of a child is always heart breaking but this is a particularly heart wrenching case. Hollie was an innocent baby girl who was killed by her father who should have been providing care and protection.

“Hollie was found to have multiple internal and external injuries, which Ashurst was unable to provide a satisfactory explanation for.

“Throughout our investigation and the trial, our thoughts have remained with Hollie’s mother and extended family. This has been an extremely difficult time for them so I hope today’s result brings them a sense of closure.

“Hollie will never be forgotten.”