A man has been jailed after a man was stabbed in the neck outside a mosque in Hale. 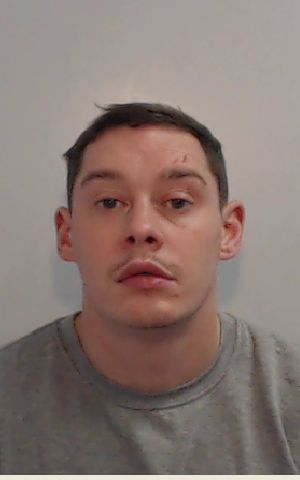 Ian Anthony Rooke (28/04/1989) of no fixed abode was jailed for five years and four months at Manchester Minshull Street Crown Court on 28th August after pleading guilty to wounding with intent and possession of a weapon.

Shortly before 5.50pm on Sunday 24 September 2017 Ian Rooke was on Grove Lane after storming out of his brother’s house following a fight between the pair.

The court heard that following the fight with his brother, Rooke found himself looking for someone to take his anger out on.

He spotted his victim, and with no provocation, ran up behind him and stabbed him in the neck with a kitchen knife he had taken from his brother’s house.

His victim, Dr Nasser Kurdy, was walking into the Altrincham Islamic Centre at the time.

Upon being stabbed, Dr Kurdy ran towards the entrance of the Altrincham Islamic Centre, chased by Rooke, until he could escape inside the building.

Rooke fled the scene with the knife.

Dr Kurdy was rushed to A&E where no life threatening injuries were identified and he was able to be discharged from hospital later that evening.

Police attended and their actions led to Rooke being arrested shortly after, at his brother’s house.

Detective Inspector Chris Potter from GMP’s City of Manchester Division, said: “This was an extremely horrific and unprovoked attack on a man who was just going about his daily business.

“Rooke ran up behind Dr Kurdy and stabbed him in the neck. It is a miracle that Dr Kurdy’s injuries weren’t more serious, he could have easily been left with life-changing injuries or could have even lost his life.

“The attack quite rightly left the Muslim community in fear and many questions were asked about Rooke’s motive.

“It has since been established that whilst the attack on Dr Kurdy was appalling and completely unprovoked, there was no hate element to the attack. Rooke was willing to take his anger out on the next person who caught his eye, unfortunately for Dr Kurdy, it was him.

“I would like commend Dr Kurdy for his bravery and strength since the attack, he has shown incredible empathy towards Rooke that many may think is undeserved, and I take my hat off to him.
He is a pillar of the community and has played a huge part reassuring those in fear.

“Rooke isn’t a racially motivated attacker, but he is an attacker none-the-less. He could have killed Dr Kurdy and will now spend the next five years and four months in prison thinking about what he has done.”