A woman who went on the run while awaiting sentence for lying to police about the murder of her boyfriend in Salford has been jailed. 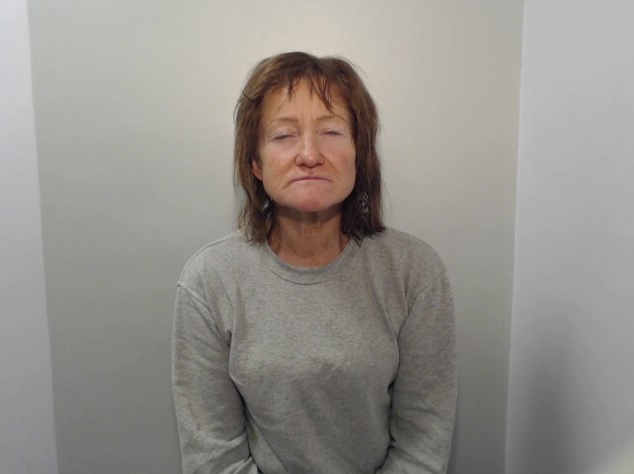 Nancy Smith aged 48 of Delaney Heights, Salford was today sentenced to 18 months in jail after pleading guilty to attempting to pervert the course of justice at an earlier hearing.

Smith attempted to cover up for her son after he’d murdered Smith’s partner, 51-year-old Vincent Wilson, by stabbing him in the head at a property on Silverdale Avenue, Irlam on 30 August 2019.

Bernard Ward, known locally as ‘DJ’ (16/02/2002) of Silverdale Avenue, Irlam was convicted of Murder and sentenced to serve life in prison at her Majesty’s pleasure for a minimum term of 11 years at Manchester Crown Court, Crown Square on 16 February 2020.

After her son was arrested at the scene on suspicion of murder, Smith claimed someone else was responsible – going as far to describe a fictitious offender to police.

After finally admitting her plot to mislead officers, Smith failed to show up at court and went on the run, before police tracked her down and arrested her.

“Instead of cooperating with the police investigation into her partner’s murder, Smith wasted valuable police time by fabricating a completely fictitious offender.

“Officers were able to see through her lies and bring evidence that ultimately led to the conviction of the man responsible for brutally murdering Vincent Wilson.

“Smith, who attempted to help her son evade justice, has today been dealt with appropriately for her actions following this terrible incident.

“Our thoughts remain with Vincent’s family and friends at this sad time.”